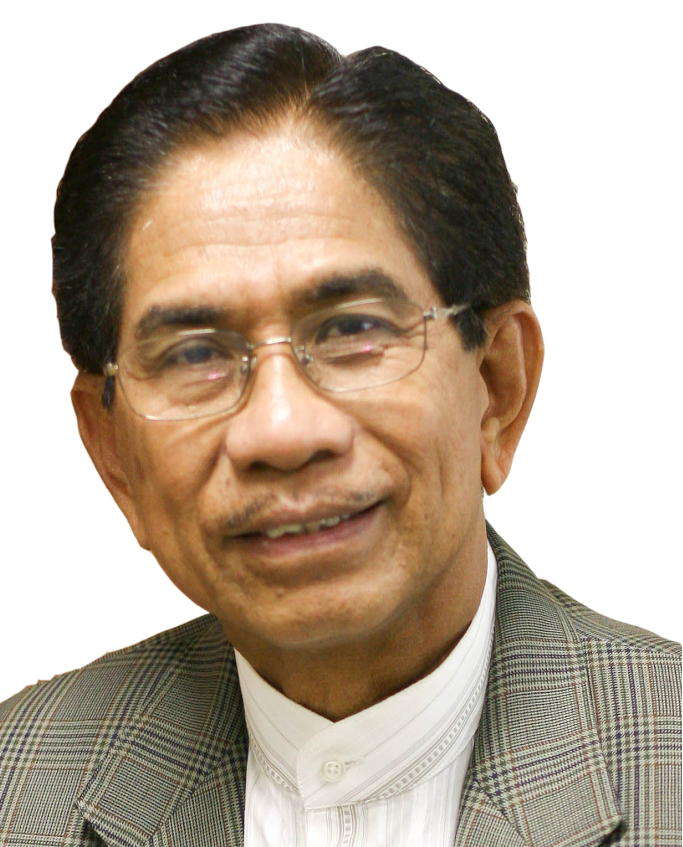 Adrianus Mooy is a widely respected figure behind the growth of modern Indonesian economy. He was the Indonesian Central Bank Governor and International Monetary Fund’s Governor for Indonesia between 1988 and 1993. Later he was appointed as the Indonesian Ambassador to the European Communities and the Under-Secretary General/Executive Secretary of the United Nations ESCAP. After the Asian financial crisis in the late 1990s, he helped rebuilding Indonesia’s economy as the Senior Advisor to the United Nations Support Facility for Indonesian Recovery. He is the Founder of Strategic Asia consulting firm and the Senior Advisor to the Pelita Harapan University. 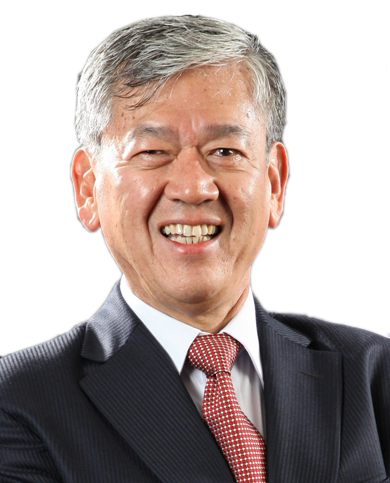 Member of Advisory Board

Edwin Soeryadjaya is the Founding Partner and Chairman of Saratoga Asia Fund II, a private equity firm. His business ventures include coal mining (Indonesia’s second largest), coal terminal, dry bulk barging and shipping, power plant, palm plantation, telecom operator, toll road and oil and gas. Besides being a significant force in business, Edwin is also as dedicated to educational and social service. He is the founding member of WFP Asia Philanthropists Trust and serves on the Board of Trustees of Ora Et Labora School and the Indonesian Christian University. 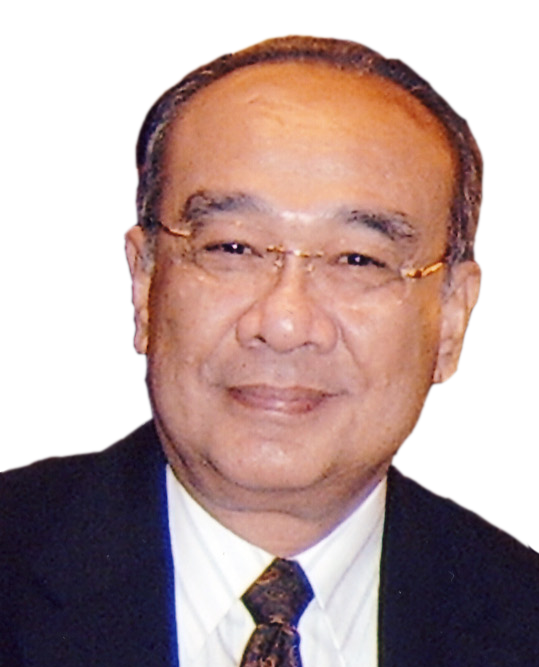 Jakob Tobing is one of the most prominent architects of the new democratic Indonesia. He played an instrumental role in Indonesia’s transition from the authoritarian rule to democracy in 1998. He was then entrusted as the Chairman of the 1999 National Election Committee and the 1999-2004 Parliamentary Commission on the Constitutional Amendment – the two important bodies that decisively replaced authoritarianism with democracy in Indonesia. Under his leadership, the constitutional amendment has guaranteed the principles of democracy, rule of law, and human rights, which is now seen as a model by many other countries. He was a student leader against the old order in 1966, appointed as member of parliament in 1968, and became the Vice Chairman of the ruling party during the Suharto’s regime. But during the height of the authoritarian regime, he joined the opposition and was invited to join and establish the reform PDIP party by its Chairman Megawati Soekarnoputri, who later became the President of Indonesia. President Habibie decorated him with Mahaputera Utama medal in 1999. After more than three decades as a member of parliament, in 2004 he was appointed as the Indonesian Ambassador to the Republic of Korea, a leadership role which again he performed so outstanding that the Republic of Korea awarded him the Gwanghwa medal—the country’s highest diplomatic award. He received his graduate degree from the John F. Kennedy School of Government, Harvard University, USA. 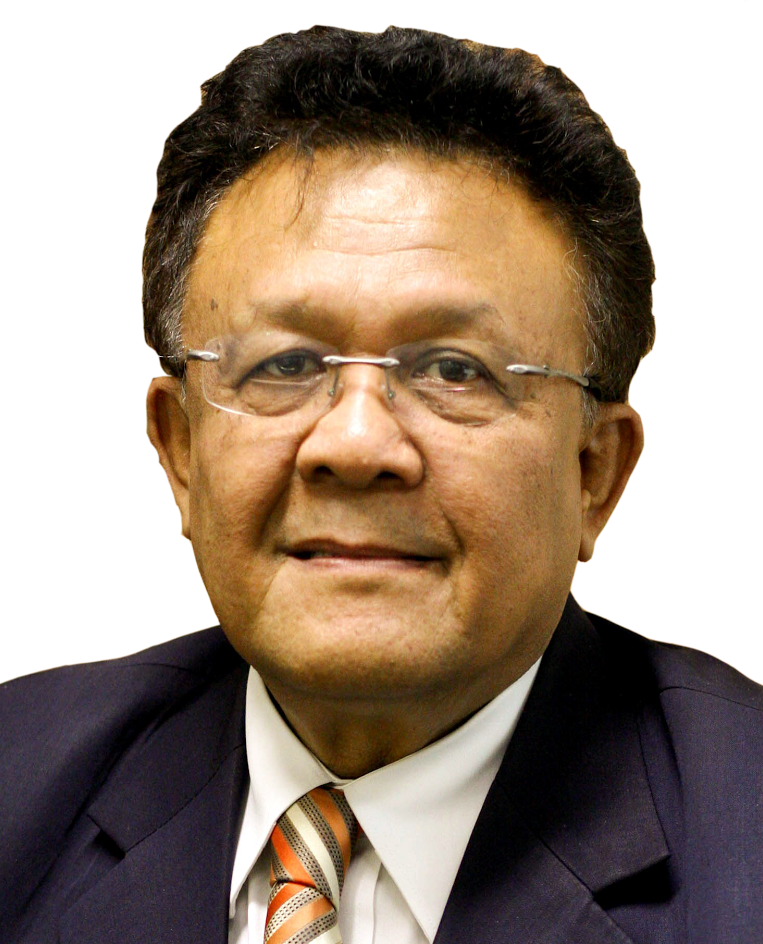 Member of Advisory Board

Mangara Tambunan is a distinguished professor of economics at the Bogor Agricultural Institute and also teaches graduate economic courses in the University of Indonesia. He has led various national and international research projects. He was a National Research Council member and Asian Development Bank consultant. His research areas include development and labor economy, particularly in relation to small and medium enterprises. In 2009, the President of Indonesia awarded him a medal for his 30 years of outstanding service. He is also the Managing Director of the Center for Economic and Social Studies. 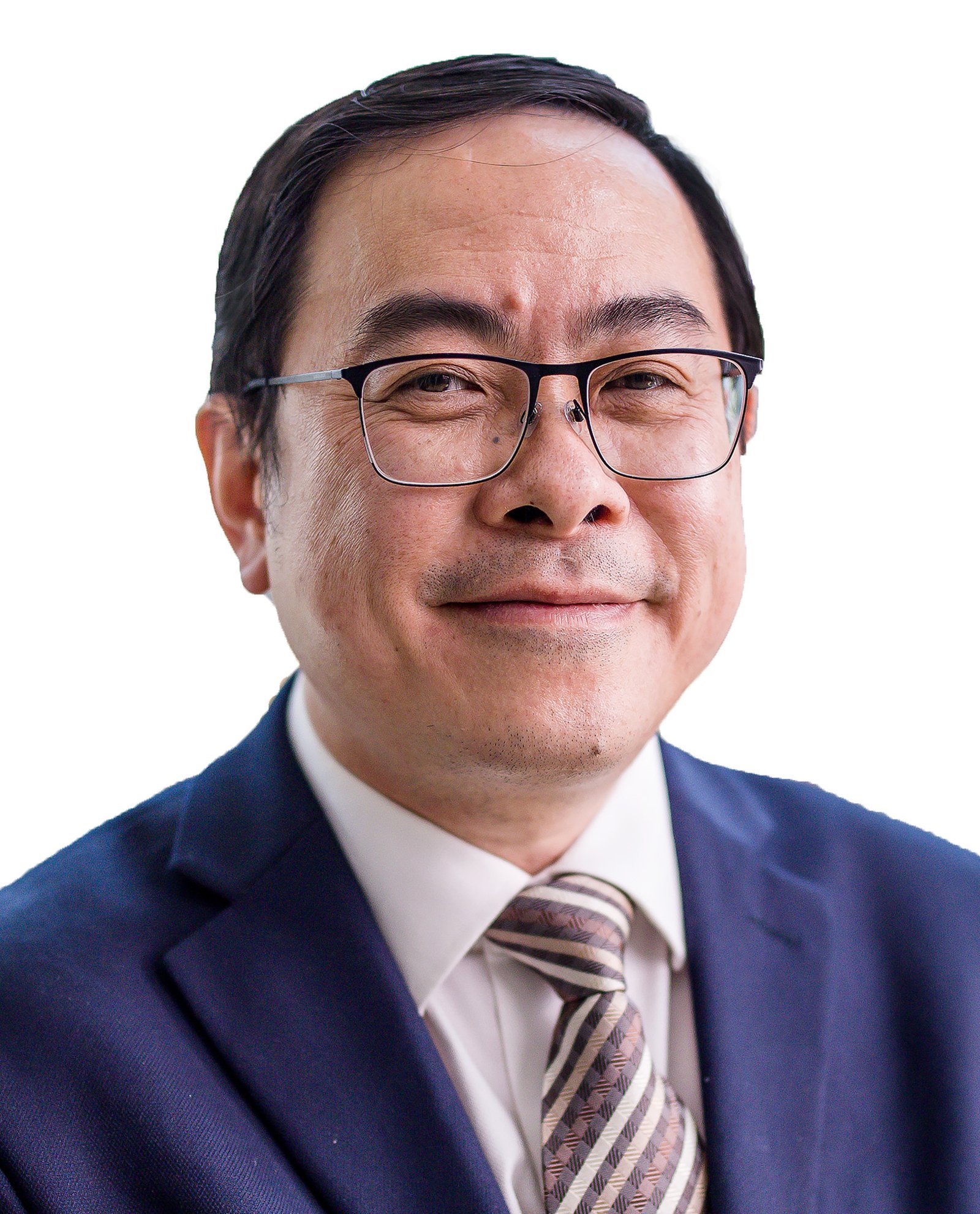 After completing his undergraduate and graduate studies at the University of Wisconsin, Madison (USA) and the London Institute for Contemporary Christianity (UK) in 1997, Matius Ho joined the Accenture, a multinational consulting firm, and developed IT infrastructure in telecommunication and retail industries in Indonesia and Singapore. Afterwards, he was appointed as a Director in a manufacturing and export company. He served as the Vice Secretary of the Akademi Leimena Foundation, a precursor of the Leimena Institute, before co-founding the Institute in 2005. 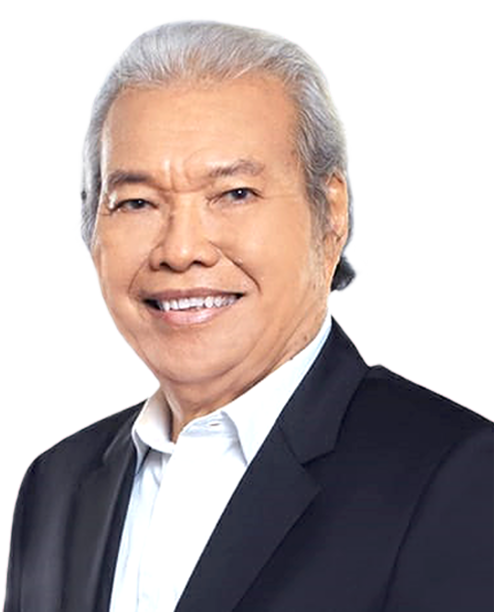 An active politician and academician, Pataniari Siahaan has served in various leadership position. As a politician, he has served in the Parliament as the member of PAH 1 BP MPR RI in 1999-2004 and the Chairman of PAH 1 in 2004. He was re-elected as the member of Parliament in 2004-2009 where he served as Vice Chairman of the Legislative Committee, Indonesian Parliament Legal Counsel for the Constitutional Court, and Chairman of the Socialization Team of the Republic of Indonesian People’s Consultative Assembly Decisions for the 1945 Constitution. Prior to that, he served in PDI Perjuangan as the member of Research and Development in 1997-2000 and Chairman of Education and Training in 2001-2004. A doctorate in law, he is a lecturer at the Faculty of Law, Trisakti University and Chairman of Trisakti University Center for Constitutional and Regulatory Studies. He is also a Vice Chairman of the Constitutional Forum and has published two books titled “Api Perjuangan Rakyat” and “Politik Hukum Pembentukan Undang-undang Paska Amandemen UUD 1945”. He was appointed as Commissioner of the Bank Negara Indonesia in 2015-2019. 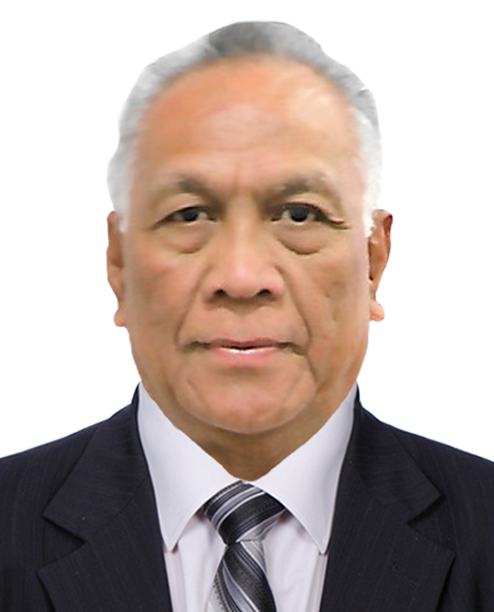 Chair of Advisory Board

Remy Leimena is a Medical Doctor graduated from the Faculty of Medicine, Christian University of Indonesia (UKI). Remy has worked as a resident doctor at Cikini Private Christian Hospital in Jakarta from 1980 till 1997. He has Master Health Administration degree from the University of New South Wales (UNSW) Australia and from 1993 until 1998 he was General Hospital Director of CIKINI Private Christian Hospital. Remy migrated to Australia in 1998 and worked as Healthcare Consultant with Healthlink International serving AusAid Hospital Management programs for Indonesia from 1998 till 2007. Remy returned to Indonesia where he took up the position of CEO for the General (Teaching) Hospital at the Faculty of Medicine Christian University of Indonesia from 2005-2007. Remy completed a Certificate IV health Care (Ambulance) and join Paramedical Services in 2008 providing emergency pre-hospital care and training in Australia. 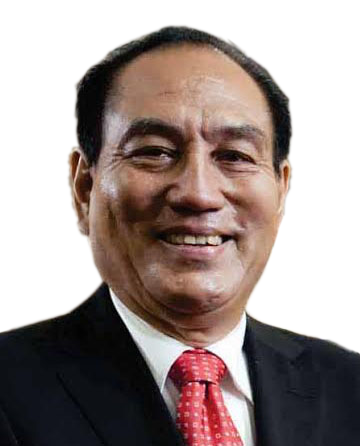 Theo L. Sambuaga is the President of Lippo Group and BeritaSatu Media Holdings news organization, and also the President Commissioner of PT Lippo Karawaci. In his more than 30 years of active service in politics, he has served as the Indonesia’s Minister of Labor and Minister of National Housing, and in the Parliament as the Member/Vice Chair of the 1999-2004 Parliamentary Commission on the Constitutional Amendment, Chairman of the First Commission (Foreign Affairs, Defense, and Information Communication), and various other leadership positions. He is now the Vice Chairman of Golkar Party Central Board, a Standing Committee Member of the International Conference of Asian Political Parties (ICAPP), and the Vice President of the Centrist Asia Pacific Democrats International (CAPDI). He received his graduate degree from the School of Advanced International Studies at Johns Hopkins University, USA. 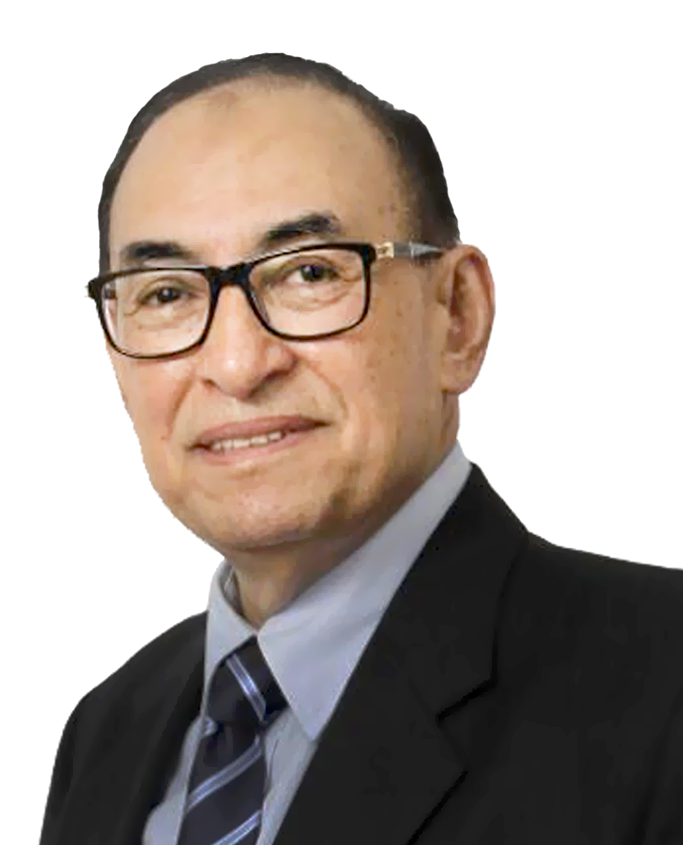 Dr. Alwi Shihab is Senior Fellow at the Leimena Institute. He was the Indonesian President’s Special Envoy to the Middle East and the Organisation of Islamic Cooperation in 2016-2019, Coordinating Minister for People’s Welfare in 2004-2005, and Foreign Minister in 1999-2001. A leading expert on interfaith relations, he is a member of the Board of Trustees at Hartford Seminary in Connecticut. He has taught and served in the boards of various institutions, including Harvard University, Temple University, Fetzer Institute, American Academy of Religion, and University of Indonesia. He has written many books, including the best selling book, “Inclusive Islam: Toward an open attitude in religion.” With his extensive experiences as executive and advisor in major corporates, he was appointed as Secretary General of the Islamic Chamber of Commerce and Industry in 2009. He holds two master degrees from Al-Azhar University (Egypt) and Temple University (USA), and two PhDs from Ain Shams University (Egypt) and Temple University (USA). He did his post-doctoral study at Harvard University. 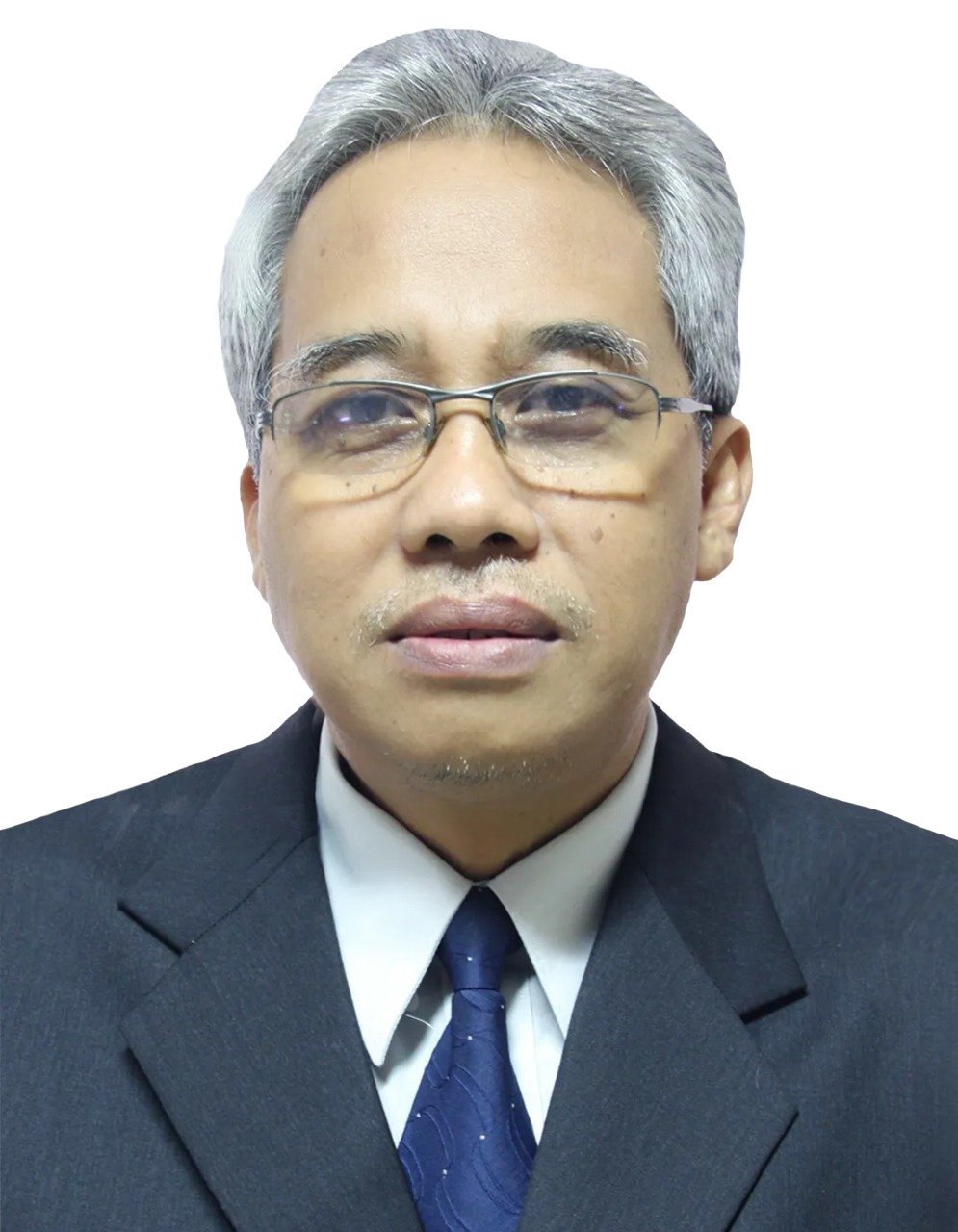 Prof. Dr. M. Amin Abdullah is Senior Fellow at Leimena Institute and Distinguished Professor of Philosophy at Sunan Kalijaga State Islamic University in Yogyakarta. As the Rector in 2002-2010, he successfully led the transformation of Sunan Kalijaga State Islamic Religion Institute to become a full-fledged university. He is also the Cultural Commission’s Chairman of the Indonesian Academy of Sciences (AIPI). His writings have brought the attention to a multi-disciplinary approach to understanding Islam and the Qur’an that is more open to diversity and modernity. His books, for example Islamic Studies in Higher Education (2006) and Multidisciplinary, Interdisciplinary, and Transdisciplinary: Methods of Religious Studies and Islamic Studies in Contemporary Era (2020), have received enthusiastic responses from scholars in education and Islamic studies in Indonesia and other countries. He served as Vice President of Muhammadiyah in 2000-2005 and Chairman of Muhammadiyah’s Fatwa and Islamic Research Council in 1995-2000. He received his doctoral degree in philosophy from Middle East Technical University in Ankara, Turkey. 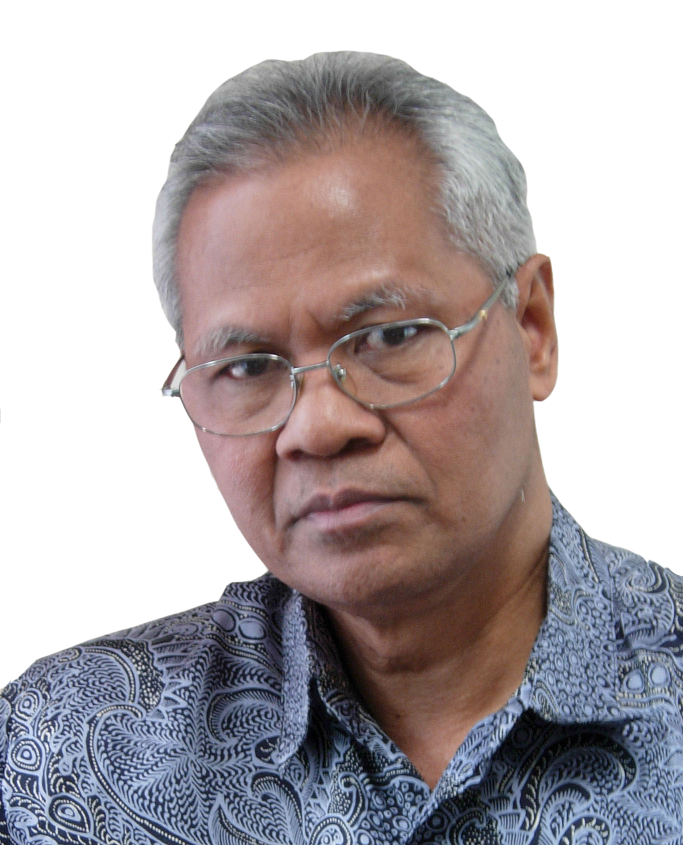 Rev. Dr. Andreas A. Yewangoe, born in Mamboru, Sumba, East Nusa Tenggara, 1945. Received his Bachelor’s degree in Theology (S.Th) of the STT Jakarta, 1969. Ordained as a pastor of the Christian Church of Sumba (GKS), which was assigned as a lecturer at the Kupang Academy of Theology (ATK), 1971. He led that academy from 1972 to 1976. He obtained the Doctorandus Theologiae degree from Vrije Universiteit in Amsterdam (1979). After a stint in his homeland, he returned again to the Vrije Universiteit for Doctor Theologiae promotion, 1987, with a dissertation entitled Theologia Crucis in Asia (1987). He once led the Christian University of Arta Wacana, which is an improvement and expansion of ATK, as rector in 1990-1998 (two periods). He served as one of the PGI chairman, from year 1994 to 2004 (two periods). Moreover, he was elected as the Chairman of PGI from the year 2004-2014 (two periods). 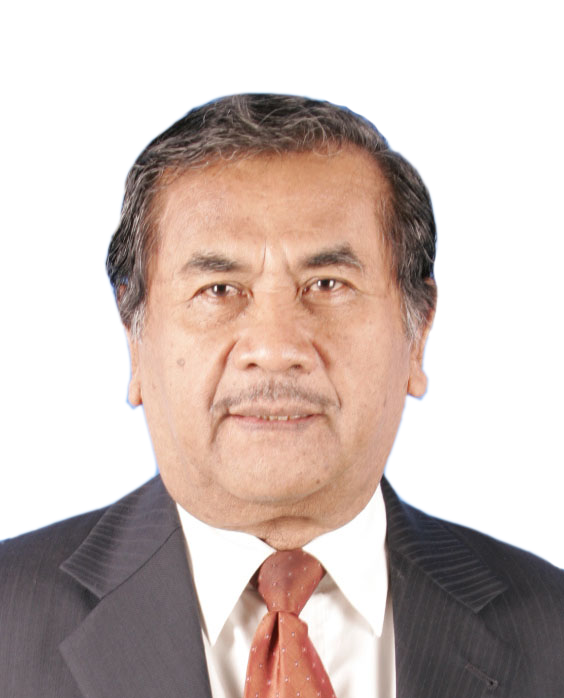 Maruarar Siahaan has chaired the Institut Leimena’s Legal and Judicial Studies Taskforce since 2013. He is also the Rector of the Indonesian Christian University in Jakarta. He has more than 30 years of experience as a judge in the Indonesian court system. He has served as the Chief Judge of the High Courts in Bengkulu and North Sumatera provinces. He was later appointed as an Indonesian Constitutional Court Justice in 2003—one of the first, since the institution had just been created under the Constititional Amendment—until his retirement in 2009. In 1995–1997, he represented Indonesia in the United Nations’ Ad Hoc Committee on the Establishment of an International Criminal Court. He is the author of The 1945 Constitution: A Living Constitution (2008) and Procedural Law of the Indonesian Constitutional Court (2011). He received his doctoral degree in law from the Diponegoro University in Semarang, Indonesia. 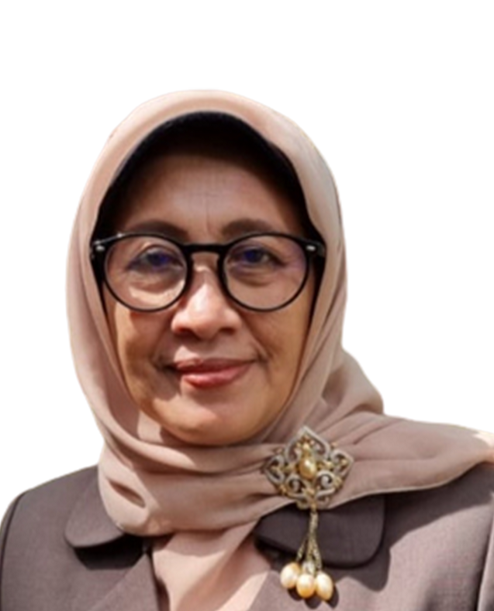 Prof. Dr. Hj. Siti Ruhaini Dzuhayatin, M.A., is a Senior Advisor to the Executive Office of the President and former Special Staff for International Religious Affairs to the President Joko Widodo. She was a member of Council of Tarjih and Development of Thoughts of Muhammadiyah Central Board (2000-2005) and was a member of Council of Higher Education-Muhammadiyah Central Board (2010-2015). She was the Chairperson of the Independent Permanent Human Rights Commission of the Organization of Islamic Cooperation (OIC) in 2012-2014 and Commissioner in 2014-2018. She is also a lecturer at Sunan Kalijaga State Islamic University in Yogyakarta and actively promoting women’s rights and human rights.