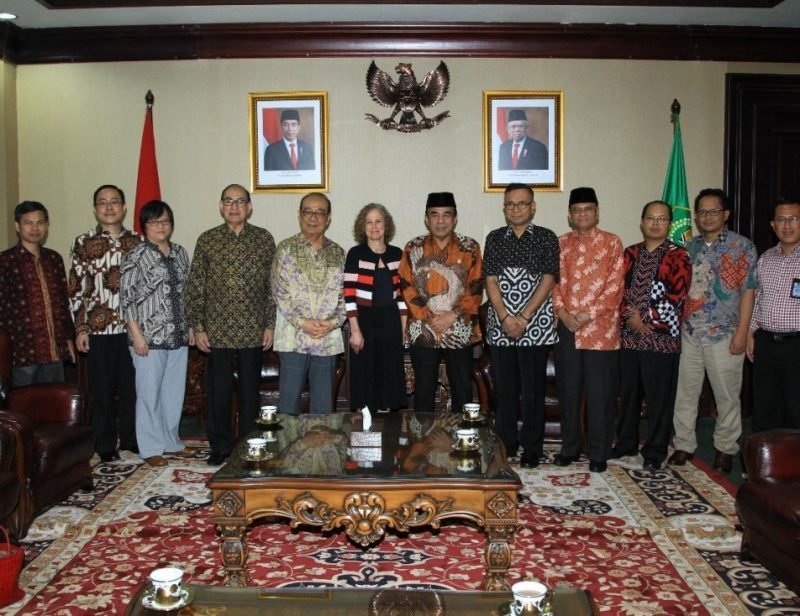 The image and article is quoted from kemenag.go.id

Leimena Institute will organize Abrahamic Faith Conference in Indonesia this year, said Jakob Tobing. This event will also introduce religious tolerance in Indonesia based on Pancasila to the world.

“The Abrahamic Faith Conference will be attended by Muslim, Christian, and Jewish religious leaders. It is still in planning stage, hopefully will happen by the end of this year”, said Jakob Tobing to Fachrul Razi on Friday, January 24th 2020.

In addition, Alwi Shihab insists on global exposure of Indonesia as tolerant society with harmony religious community. “Leimena Institute partnering with Ministry of Religious Affairs will host the Abrahamic Faith Conference to promote religious harmony. One of the objective is to encourage Indonesia’s role in Palestine-Israel conflict”, said Alwi Shihab.

This conference will invite Jewish leaders to enhance Palestine-Israel relationship for peaceful solution. The world will also see Indonesia as a tolerant country.

“Yes, before end of the year, hopefully September 2020. We hope President Joko Widodo accompanied by Minister of Religious Affairs will open this conference”, said Alwi Shihab.

Leimena Institute is a non-profit institution with mission to develop Indonesia’s civilization that is based on Pancasila and 1945 Constitution, and global civilization that upholds human dignity through collaboration in plural society.